A 10X Increase would be Unacceptable Fire Risk

If Wokingham Borough Council grant permissions to increase waste operations at the Star Works it would be a reckless decision and would put the lives of their residents at serious risk of harm from a blaze. It is essential that the Wokingham Borough Council remove Know Hill immediately as a potential waste site in their new plans, otherwise residents could be living next to a potential inferno.

Last year there were more than 300 fires at waste and recycling plants. The Star Works is so close to residential properties that any plans to deal with 100,000tns of waste per year need to be literally thrown out on the grounds of health & safety.  It may not be a case of if a fire starts but when. It was only in May this year at Grundon's Colnbrook facility that 60tns of waste caused a major blaze and a full evacuation of the site.

The Guardian Newspaper published a story last year called the 'Troubling Fire Record of Recycling Plants' You'll be shocked at what you read: Article 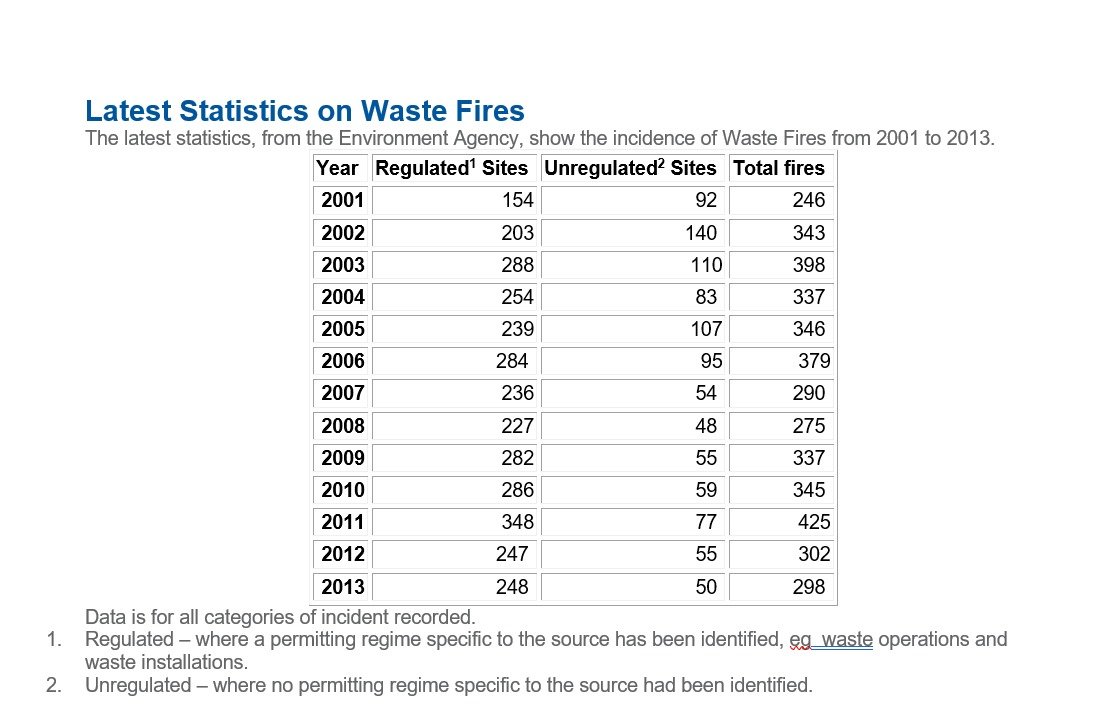